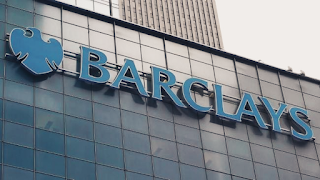 UMMATIMES - Barclays Bank of England's net profit is reported to have dropped by 38% in 2020 due to the Covid-19 corona virus pandemic. on Thursday (18/2) Barclays stated that the costs to be set aside related to Covid-19 remain high this year.
“Despite a tough year, Barclays remains well capitalized, well stocked for impairment with a strong balance sheet, and a competitive market position across the group. We hope that our resilient and diversified business model will deliver significant yield improvements in 2021, ”said Barc Jes Staley, Chief Executive Officer (CEO).
Profit after tax fell to £ 1.53 billion (US $ 2.12 billion). Meanwhile, group credit impairment costs jumped from 1.9 billion pounds to 4.8 billion pounds, due to the deteriorating economic outlook driven by the Covid-19 pandemic. said Barclays.
“Barclays' results are far from perfect, but in the opening reporting season it has set the bar high for its competitors. The announced share buyback of £ 700 million will provide some support for the share price (going forward) and is an indication of management confidence in the outlook, ”said Richard Hunter, head of markets at trading group Interactive Investors.
As well as offering dividends to shareholders, Barclays said it would buy back shares at a cost of up to 700 million pounds. The bonus amount for 2020 is around £ 1.6 billion, up 6%.
Barclays has started an annual revenue round from major UK banks, with NatWest - formerly Royal Bank of Scotland - reported on Friday (19/2), ahead of updates from HSBC and Lloyds next week.
Even with the initial reaction to the earnings update, Barclays' share price was down 1.5% at 152 pence on London's benchmark FTSE 100 index, which was flat.
Barclays revealed that last year's record group revenue edged up 1.0% to 21.8 billion pounds. The increase was due to a sharp drop in consumer payments to offset strong performance by the investment bank division.
The stock market has reportedly surged in recent months on hopes of an economic recovery following the production of the Covid-19 vaccine that governments around the world have started rolling out.
Staley said he was looking forward to welcoming staff back to the bank office at the end of the year. "There are currently no plans for a major shift in real estate, with regard to Barclays' headquarters in London," he said, amid hopes that office staff in general could continue working from home even after the vaccination program.
Staley noted that Barclays had moved some staff to European headquarters, which are in post-Brexit Dublin. But he insisted that the European Union (EU) will want to stay connected to the capital market in London after Britain officially leaves the EU bloc in early 2021.